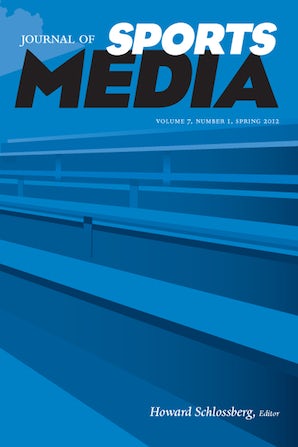 Beyond the Game or Business as Usual? Daily Newspaper and Wire-Service Coverage of John Amaechi's Coming Out
William P. Cassidy

Leveraging and Activation: Critical Elements of a Successful Sport Sponsorship at the Collegiate Level
Glenda Alvarado

The Use of Sports as a Tool of Public Diplomacy in Regions or "Stateless Nations": The Case of the Basque Country in Contemporary Spain
César García

Gender Inequality in the New Millennium: An Analysis of WNBA Representations in Sport Blogs
John Lisec and Mary G. McDonald