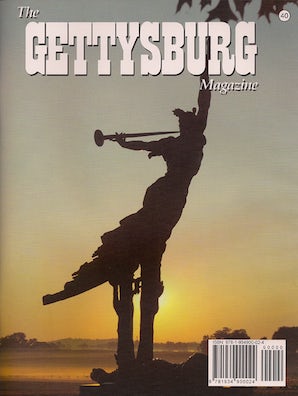 In Their Words: Cannoneers as Cavalrymen
by Silas Felton

If You Want To Go
by Sonny Fulks

Why Did the Artillery Preparation at Gettysburg Fail?: An Examination of the Day-Three Artillery Fighting
by Michael J. Forsyth

Death of a Secessionist Regiment: The Losses of the 1st Tennessee at Gettysburg
by Timothy P. Mulligan

The Politics of Command in the 83rd Pennsylvania Volunteer Infantry and the Bizarre Case of Maj. William H. Lamont
by George E. Deutsch