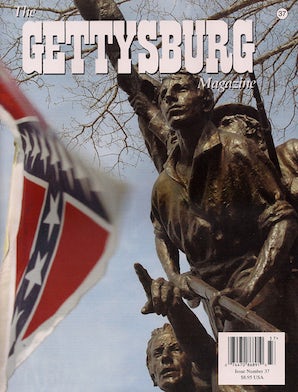 "Our regiment has just been cleaned up": The 1st Rhode Island Cavalry at Middleburg
by Robert Grandchamp

The Professor and the Major: A Gettysburg Controversy
by Peter C. Vermilyea

The 16th Maine Infantry at Gettysburg
by Andy Ward

The Fifth German Rifles at Gettysburg
by James S. Pula

If You Want To Go
by Sonny Fulks

The Truth About the Withdrawal of Brig. Gen. John Buford's Cavalry, July 2, 1863
by Eric J. Wittenberg

In Their Words: Dreaming on the Conestoga
by Silas Felton

The Treatment of the Wounded at Gettysburg: Jonathan Letterman: The Father of Modern Battlefield Medicine
by R. J. Musto