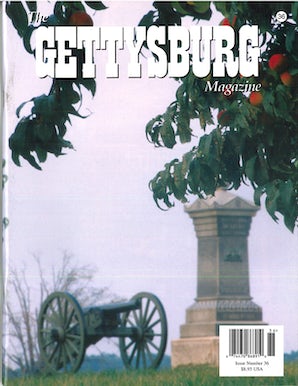 “But Few of this Force Escaped Us”: An Account of Doles’ Brigade and its Actions on July 1, 1863
by Jonathan Neu

Profile in Courage; The 15th Alabama Infantry at Gettysburg
by Jeff Denman

Brown’s Company B, 1st Rhode Island Artillery at the Battle of Gettysburg
by Robert Grandchamp

“Boys, Bury Me on the Field”: The Forlorn and Forgotten 59th New York on Cemetery Ridge
by Zachery A. Fry

We’re Going "To Get Those Shoes”
by Wiley Sword