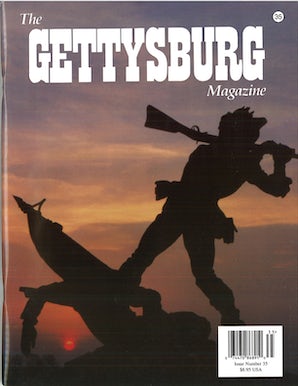 Confederate Maj. John W. Daniels Describes the 2nd Battle of Winchester at the Beginning of the Gettysburg Campaign
by Wiley Sword

Fighting for Time: Carl Schurz on the First Day at Gettysburg
by James S. Pula

Cowan’s, Cushíng’s, and Rorty’s Batteries in Action During the Pickett-Pettigrew-Trirnble Charge
by R. L. Murray

The Improper Placement of the 8th Ohio Monument: A Study of Words and Maps
by Keith Snipes

Casualty Analysis of the Gettysburg Battle
by Thomas L. Elmore

The Browne Brothers: Killed at Gettysburg
by Thomas A. McGrath

A Tribute to Robert J. Younger