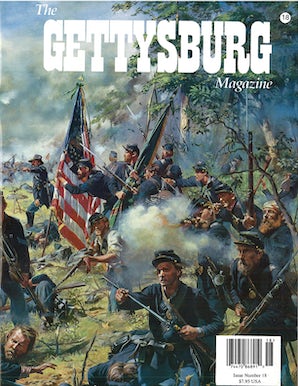 John Buford and the Hanging of Confederate Spies During the Gettysburg Campaign
by Eric J. Wittenberg

The 19th Indiana at Gettysburg
by Michael Chrvala

Personal Battle Weapons of the Civil War: Capt. Patrick Hart of the Iron Brigade and his Presentation Sword—Facing the Fiery Caldron of McPherson's Ridge
by Wiley Sword

"We Were Compelled to Cut Our Way Through Them, and in Doing so Our Losses Were Heavy:" Gettysburg Casualties of the 154th New York Volunteers
by Mark H. Dunkelman

The Second Wave of Pickett's Charge
by Richard Rollins

It Was Not a Happy Time: What the Civilians of Gettysburg Saw and Heard During the Battle
by Jason A. Martz