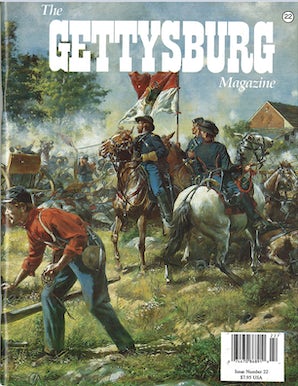 Up Over Big Round Top: The Forgotten 47th Alabama
by Gary P. Bruner

Personal Battle Weapons of the Civil War: Amid the Iron Hail in the Peach Orchard—Lady Luck Smiles on an Officer with Graham's Brigade
by Wiley Sword

"Sedgwick's Foot Cavalry": The March of the Sixth Corps to Gettysburg
by David A. Ward

The Plan for Pickett's Charge
by Paul Clark Cooksey

Ulric Dahlgren in the Gettysburg Campaign
by Eric J. Wittenberg

Maj. Gen. John Sedgwick and the Pursuit of Lee's Army after Gettysburg
by Peter C. Vermilyea