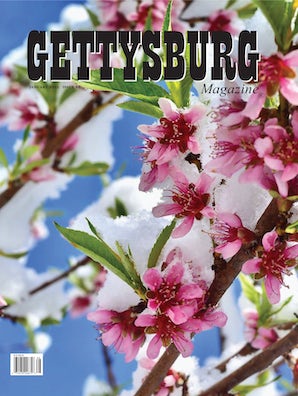 The Events and Actions of Battery B, 1st New York Light Artillery, on July 2, 1863

Confusion over the 2nd Connecticut Light Battery: Here’s What It Really Did at Gettysburg

Fifteen Men per Monument: The 27th Connecticut at Gettysburg

“His Information Was Always Accurate and Reliable”: John S. Mosby and the Beginning of the Gettysburg Campaign

In Their Role as Commander-in-Chief: Abraham Lincoln and Jefferson Davis during the Gettysburg Campaign, Part 2, June 1863

"They Would Kill Me for Sure”: The Wild Ride of James Parke Postles

A Man of Iron: Theodore Pease’s Medical Treatment and Resiliency

The Death of General Lewis Armistead

If You Want To Go: Peaches Then, Peaches Now . . . The Sherfy Orchard