Now published by the University of Nebraska Press
Coming Fall 2020
Americas: A Hemispheric Music Journal presents a broad view of American music, one that encompasses the diverse soundscapes within the United States as well as the wider Americas, including the Caribbean. Formerly known as the AMRC Journal, Americas continues to further the mission of the American Music Research Center at the University of Colorado Boulder, but in a refocused and revitalized way that reflects the research interests of 21st Century scholars. 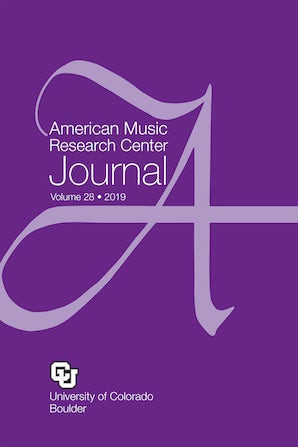