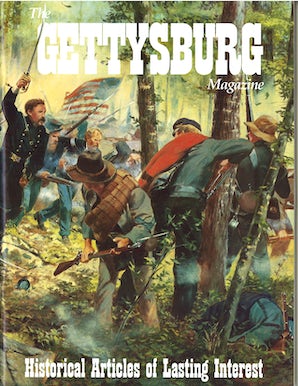 A Shadow Passing: The Tragic Story of Norval Welch and the Sixteenth Michigan at Gettysburg and Beyond
by John Michael Gibney

Through Blood and Fire at Gettysburg
by Gen. Joshua Lawrence Chamberlain

Humphreys' Division's Flank March to Little Round Top: A Closer Look
by James A. Woods

Humbugging the Historian: A Reappraisal of Longstreet at Gettysburg
by Roger J. Greezicki, Esq.

The Colors Are Shrowded in Mystery
by Terrence J. Winschel

Turning the Pages of History: A New Draft of the Gettysburg Address Located
by Lloyd Ostendorf

Gettysburg on Paper
by Roger Long