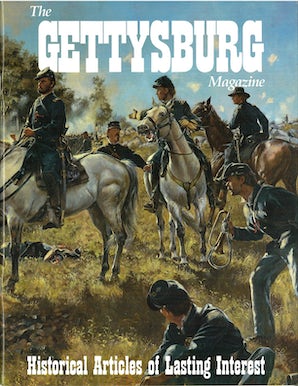 Personal Battle Weapons of the Civil War: An Iron Brigade Captain's Revolver in the Fight on McPherson's Ridge
by Wiley Sword

Valley of the Shadow of Death: Col. Strong Vincent and the Eighty-third Pennsylvania Infantry at Little Round Top
by Kevin O'Brien

To Assuage the Grief: The Gettysburg Saga of Isaac and Mary Stamps
by Terrence J. Winschel

Courage Against the Trenches: the Attack and Repulse of Steuart's Brigade on Culp's Hill
by Thomas L. Elmore

The Philadelphia Brigade at Gettysburg
by Gary G. Lash

A Gettysburg Encounter
by Roger Long

End of an Era: The 75th Reunion at Gettysburg
by Mark Tooley