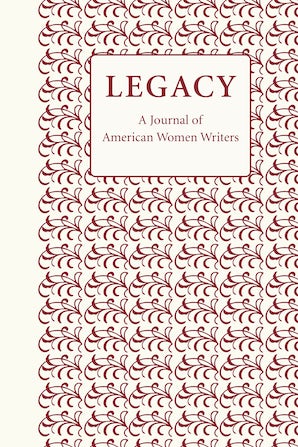 Read this issue on Project MUSE.

The Personal Is Professional: Responses to Marion Rust, "Personal History"

Looking at a Candid Photograph of Myself
Laurel Thatcher Ulrich

Feminism, Theology, and the Personal in American Studies
Joanna Brooks

Negotiating the Personal and the Academic
Carolyn Eastman

Being In and Not Among: The Anti-Imperial Impulses of Helen Hunt Jackson's Bits of Travel at Home
James Weaver

One Colonial Woman's World: The Life and Writings of Mehetabel Chandler Coit, by Michelle Marchetti Coughlin
Reviewed by Karin Wulf

Over the River and through the Wood: An Anthology of Nineteenth-Century American Children's Poetry, edited by Karen L. Kilcup and Angela Sorby
Reviewed by Monika Elbert

Southern Women Novelists and the Civil War: Trauma and Collective Memory in the American Literary Tradition since 1861, by Sharon Talley
Reviewed by Sarah E. Gardner